If she can see evil, can evil see her? THROUGH HIS EYES by @AuthorDebCamp #Romantic #Suspense 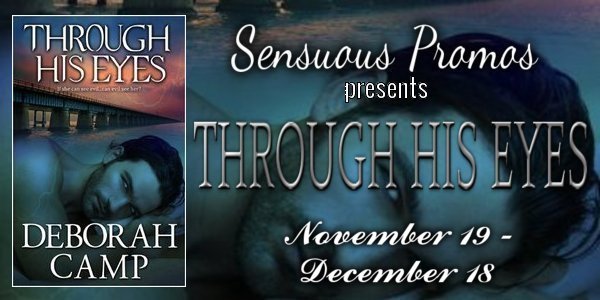 Someone is stalking women and murdering them in Key West.Psychics Levi Wolfe and Trudy Tucker join forces to help identify the murderer and stop him. Levi can channel the deceased victims and Trudy can tap into the mind of the killer. As a psychic detective team, they’re formidable. As lovers, they discover that they’re insatiable.As they grow closer, Trudy wonders if Levi will ever completely trust her and let her know his heart. Levi struggles with his new, tender feelings toward Trudy and worries that she might be in over her head with him and with the case they’re working on.Because if Trudy can see through the killer’s eyes, can the killer see her?


“And he did kiss me good night. On the cheek,” Trudy added quickly when she saw the fury in his eyes. She brushed a finger against the right side of her face. “Right here.”


“Right where, exactly?” Levi stepped closer so that she had to tip back her head to see his face. He was suddenly so solemn!


“Here.” She touched her fingers to the spot.


“What?” she asked, looking up into his face and laughing nervously. Oh. He wasn’t kidding!


“I’m going to obliterate it.”


Her mouth went dry and she couldn’t have moved if a bomb went off right beside her. Passion uncoiled in her belly and spread down to between her thighs as he dipped his head and his lips hovered above the spot on her cheek.


“Yes.” She could barely make a sound, her heart thundered and her knees suddenly began shaking.


His lips touched her cheek with feather lightness. The tip of his tongue wet the spot and then he sucked gently before his mouth lifted. “All gone,” he whispered against her fevered skin. But he wasn’t finished. His lips found the spot again and then slipped sideways until they covered hers. She moaned and brought her hands up to clutch his forearms, using his strength to keep her upright as his kiss flamed from longing to voracious in the space of a breath.


He framed her head between his hands, holding her still so that his tongue could slip inside and ravage her mouth. She moaned again, her emotions whirling, swirling around inside her head and then spiraling down to her belly. He gave an answering moan and rocked his hips into her, making her blazingly aware of what she was doing to him. And, oh! What he was doing to her. How could this be happening to her? So fast! Around men, she’d always moved slowly. But not with this man. With Levi, he couldn’t move fast enough to suit her. She wanted him naked and inside her. Not now. But ten minutes ago.


When he lifted his mouth from hers, she was breathless. So was he. He leaned his forehead against hers and closed his eyes. “I don’t want to share you, Trudy.” His hands fell away from her and he stepped back. Then took another step back, as if for good measure. “I won’t share you.”


“Share?” she asked, her head still buzzing. She was fairly certain that he kissed better than most men made love. “Do you have the right to make that demand?”


He seemed confused, uncertain. “It’s never been an issue with me before. With others . . . well, I didn’t give a damn, but you—.” He shook his head and his mouth firmed in a line of determination. “If we take this further, I don’t want another man touching you.”


The buzz was gone. She pulled herself up and felt her lips part in astonishment. “And what about you? How will that work for you? Will you tell every other woman to keep her hands off you? That you’re taken?” When he didn’t answer immediately, she knew she’d made him think, made him reassess his stipulation. “You’re not going to answer my question?”


He drew in a deep breath and shut his eyes, suddenly looking defeated. “Look, just keep your phone ringer on and make sure you charge it every night.” His voice was hoarse. “I never again want to experience what I just went through during the past few hours. Never. Never again.” Then he turned away from her and pushed open the door.


“That’s it?” she asked, making him pause in the doorway.


“That’s it for now,” he rejoined. “I need to sleep.” He stepped out into the night and it swallowed him. “Lock this door behind me.” His voice floated into the RV, but Trudy stood still, irritation rising in her at his brusque command. “Now, Trudy. Lock it now.”


She held her ground. “I’m waiting for a ‘please.’” Tense, stubborn seconds ticked by.


She turned the knob on the door, sending the bolt home. 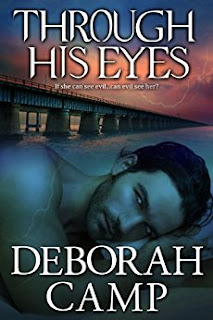 Author of more than 45 novels, Deborah lives in Oklahoma. She has been a full-time writer since she graduated from the University of Tulsa. She worked for a few years as a reporter for newspapers before becoming a freelance writer. Deborah's first novel was published in the late 1970s and her books have been published by Jove, New American Library, Harlequin, Silhouette, and Avon. She has been inducted into the Oklahoma Authors Hall of Fame and she is a charter member of the Romance Writers of America. She is also a member of the Author's Guild.


Deborah likes to write about strong, independent women and the men who are their equals. Her books are available on Amazon and she’s an Amazon best-selling author.

11/28
All My Book Finds
http://shannaclemens.blogspot.com