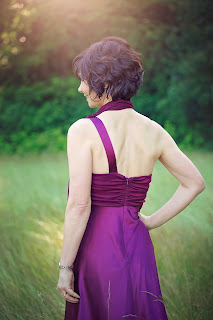 Eleanor Webster has a passion for many things, the most ardent likely being shoes.

But she’s also passionate about a story well told.  With the help of some debutantes and viscounts and a twist of the unknown, Eleanor’s stories weave a tale of enchantment, hope, and most importantly, love.

When not writing, you’ll find Eleanor dreaming of being a world traveler, reading, running, reading, hiking in the wilds of British Columbia, where she makes her home with her husband and two daughters, and – did we mention reading? 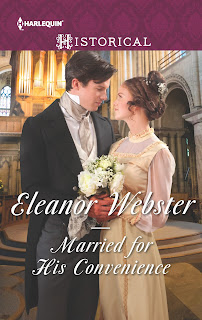 Married for His Convenience

Tainted by illegitimacy, plain Sarah Martin has no illusions of a grand marriage. So when the Earl of Langford makes her a proposal that will take her one step closer to finding her half sister, she can't refuse!

Sebastian's dreams of romance died with his late wife's affair, so now he needs a convenient wife to act as governess for his silent daughter. Yet Sarah continues to surprise and challenge him, and soon Sebastian can't deny the joy his new bride could bring to his life—and into his bed!

Dramatic events never happened to her. Ever.

‘If I remove my hand, do you promise not to scream?’ The voice was male. Warm breath touched her ear.

Sarah nodded. The man loosened his hold. She turned.

Her eyes widened as she took in his size, the breadth of his shoulders and the midnight-black of his clothes.

‘You’re...you’re a gentleman.’ For the cloth he wore was fine and not the roughened garb of a common thief.

She grabbed on to these details as though, through their analysis, she would make sense of the situation.

‘What was your purpose for spying on me?’ His gaze narrowed, his voice calm and without emotion.

‘Spying? I don’t even know you.’ The rabbit squirmed and she clutched it more tightly.

‘Then why are you hiding?’

‘I’m not. Even if I were, you have no reason to accost me.’ Her cheeks flushed with indignation as her fear lessened.

He dropped his hand, stepping back. ‘I apologise. I thought you were a burglar.’

‘We tend not to get many burglars in these parts. Who are you anyway?’

‘Sebastian Hastings, Earl of Langford, at your service.’

He made his bow. ‘And a guest at Eavensham.’

‘A guest? Then why are you in the kitchen garden?’

You are lucky I am not of a hysterical disposition.’

Briefly, she wondered if wry humour laced his voice,

but his lips were straight and no twinkle softened his expression. In the fading light, the strong chin and cheekbones looked more akin to a statue than anything having the softness of flesh.

At this moment, the rabbit thrust its head free of the shawl.

‘Dinner is running late, I presume.’ Lord Langford’s eyes widened, but he spoke with an unnerving lack of any natural surprise.

‘The creature is hurt and I need to bandage him, except Mr. Hudson, the butler, is not fond of animals and I wanted to ensure his absence.’

‘The butler has my sympathies.’

Sarah opened her mouth to respond but the rabbit, suddenly spooked, kicked at her stomach as it clawed against the shawl. Sarah gasped, doubling over, instinctively whispering the reassurances offered by her mother after childhood nightmares.

‘French? You are fluent?’

‘What? Yes, my mother spoke it—could we discuss my linguistic skills later?’ she gasped, so intent on holding the rabbit that she lost her footing and stumbled against the man. His hand shot out. She felt his touch and the strangely tingling pressure of his strong fingers splayed against her back.

‘Are you all right?’

‘Yes—um—I was momentarily thrown off balance.’

She straightened. They stood so close she heard the intake of his breath and felt its whisper.

‘Perhaps,’ she added, ‘you could see if the butler is in the kitchen? I do not know how long I can keep hold of this fellow.’

‘Of course.’ Lord Langford stepped towards the window as though spying on the servants were an everyday occurrence. ‘I can see the cook and several girls, scullery maids, I assume. I believe the butler is absent.’

Tightening her hold on the rabbit, Sarah paused, briefly reluctant to curtail the surreal interlude. Then, with a nod of thanks, she stooped to pick up the valise.

‘Allow me,’ Lord Langford said, opening the door. ‘You seem to have your hands full.’

‘Er—thank you.’ She glanced up. The hallway’s flickering oil lamp cast interesting shadows across his face, emphasising the harsh line of his cheek and chin and the blackness of his hair.

She stepped inside and exhaled as the door swung shut, conscious of relief, regret and an unpleasant wobbliness in both her stomach and knees.