Darkness has risen, and the shadows are calling. Check out D.C. Gomez's story, From Eugene With Love #SoulsandShadows #PNR 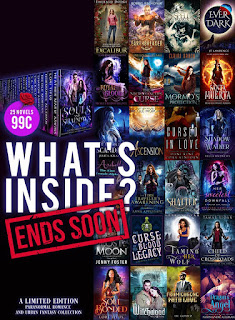 Including From Eugene With Love
by D.C. Gomez

When his merchandise is stolen and his colleague kidnapped, Eugene only has one choice: to call on Death’s team.Eugene and his colleagues at Pestilence’s lab have lost another dangerous drug, but this time the stakes are higher than ever. A group of highly organized werewolves have the merchandise, and they are distributing it to everyone they can in Texarkana. The overdoses are at an all-time high.Thankfully, he has friends in high places, and when he calls on Death’s team, they answer. However, Constantine the five-thousand-year-old talking cat, Bartholomew the boy genius, and their massive underground network system have less than twenty-four hours to find the werewolves. Otherwise, people will start dying, and this time, they won’t stop… 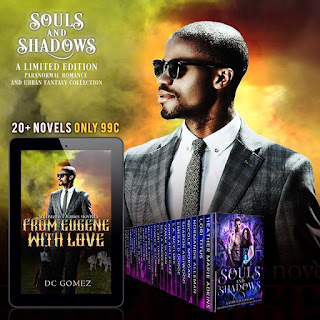