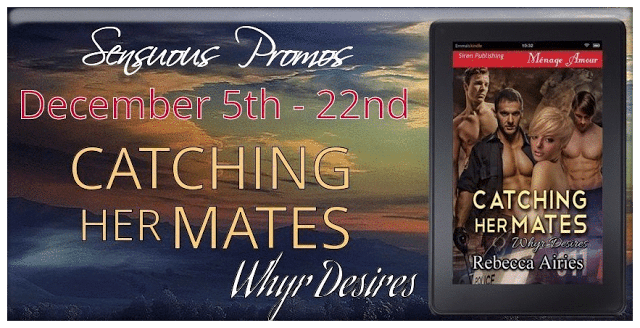 Leslie Morgan caught one of her mates’ scent as he was leaving a club with another woman.
She won’t mate with a tomcat and hatches a plan to curb his wandering ways. As she waits, her
patience is stretched to the limit and she’s almost ready to hunt them down.
John, Archer, and Judge Dark have searched for their mate for years. After catching her scent in a bar,
they hunt for her. One day, Archer finds her while she’s at work. They take her home and claim her.
Leslie is a sexy, cunning Whyrcougar and they’re determined to capture her heart as well as her body.
But someone is stalking Whyr in Casworth again and this time, they’ve targeted John and his family.
John, Archer, and Judge vow to protect her. They’ll do whatever it takes to keep her safe.
She’s theirs and no one will take her away from them. 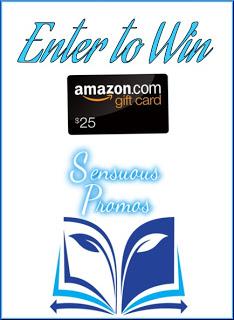 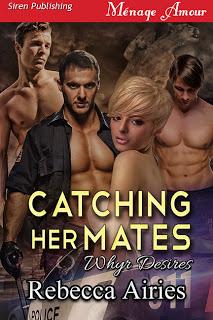 Excerpt - Heat Level PG13
Archer hooked an arm around Leslie as he walked her out of the Wild Beat.
The girls’ night had finally broken up, and the others started to go home.
They’d finally been able to coax their mate out of the bar. Not that the night had been bad.
Talking with Jason and Tony had been great, and dancing with Leslie had made his evening.
During the night, her muscles had relaxed, and now a soft smile curved his mate’s mouth.
The time with her friends and telling them everything she’d been keeping to herself had lifted a weight off her.


Apparently, it had been quite a night. The women had laughed and drank. None of them came away drunk,
but the liquor had relaxed them. They’d also stayed much longer than he expected.
Other people slowly made their way across the parking lot, as well. Cars started and pulled out.
People piled into taxis, and the vehicles pulled out of the parking lot. His gaze moved over anyone
close to them. Probably a little paranoia, but she was too important to risk.
They stepped into the shadows between the wide circle from the parking lot lights. His muscles tensed,
and his heartbeat pounded. When they stepped out into the glowing light, he rolled his shoulders. Get control.
They strolled across the parking lot. The low hum of a motor broke the near silence. Archer turned his head.
No bright lights flared, not even the red glow of the brake lights.
“How about we stop for some ice cream on the way home?” Leslie tugged at his hand.
“Sounds good. It will have to be a store. I’m pretty sure that all the restaurants and shops are closed by now.”
Judge glanced back at her.
She grinned. “A little carton or two of ice cream suits me.”
“We can get you a couple of those and me the ingredients for a jumbo banana split.”
Judge aimed for their car.
Archer mouth watered. Bananas, chocolate, strawberries, and nuts. Yum.
He nodded. Maybe they could alter the plans a little. Smearing some of the ingredients from that
sweet treat on Leslie and licking it off her might make it even better.
She’d go wild as they cleaned fudge off her with their mouths. Hell, he might leave the ice cream
at the store and simply get the fudge, whip cream, and bananas. The creamy whipped topping, sweet fruit,
and thick fudge would taste even better with the salty tang of her skin. Driving her wild and feeding his
sweet tooth at the same time, such a wonderful combination.
A motor revved. The rumbling sound broke the night. He glanced around and behind them,
but nothing moved, and no lights came on.
“What’s your favorite flavor of ice cream, Leslie?” He leaned close to her.
The motor roared again. He glanced behind them. The car was somewhere there. Hair stood on the
back of Archer’s neck. Something was wrong.
Tires squealed as they fought for purchase on the asphalt. Fuck. Not good.
“It’s called Double Chocolate Sin and Crunch. It’s chocolate ice crea—” Leslie squeaked. Her voice cut off.
Archer’s arm tightened, and he wrenched her to the side.

Author Bio
Rebecca Airies has always loved to read. Futuristic, the classics, mystery, horror and of course romance
from sweet to extra spicy--the genre doesn’t matter as long as the stories capture her interest and take her
on an adventure. She soon discovered a love for writing and characters just waiting to tell their stories.
Since that time, writing has become an obsession.
Rebecca lives in Abilene, Texas. She loves the outdoors, growing things, and working on
crafts when she’s not lost in the worlds of her characters.

a Rafflecopter giveaway
Posted by Krista at 3:57 PM